This morning, I saw a robin enjoying a bath as it seems to me robins especially do, splashing as though bathing were the greatest joy on earth. The robin’s enthusiasm attracted another’s eye, also. A starling seemed compelled to interfere. Under our kwanzan cherry tree, however, we have two birdbaths, one set on the ground, the other on a pedestal. The starling could have had the elevated bath to itself but chose instead to chase the robin from the lower one. Undeterred, the robin simply flew to the higher one and continued bathing.

Was the starling satisfied to have gained its preferred birdbath? No, it just stood motionless in the water a moment, then flew up to chase the robin again. Apparently still interested in bathing, not fighting, the robin returned calmly to its first choice and carried on.

The starling kept up its attempted bullying, but each time the robin merely changed baths until it had finished, then flew off. Left with both birdbaths to itself, the starling flapped its wings in the water a couple times, then flew away also. Apparently, it had no true desire to bathe. 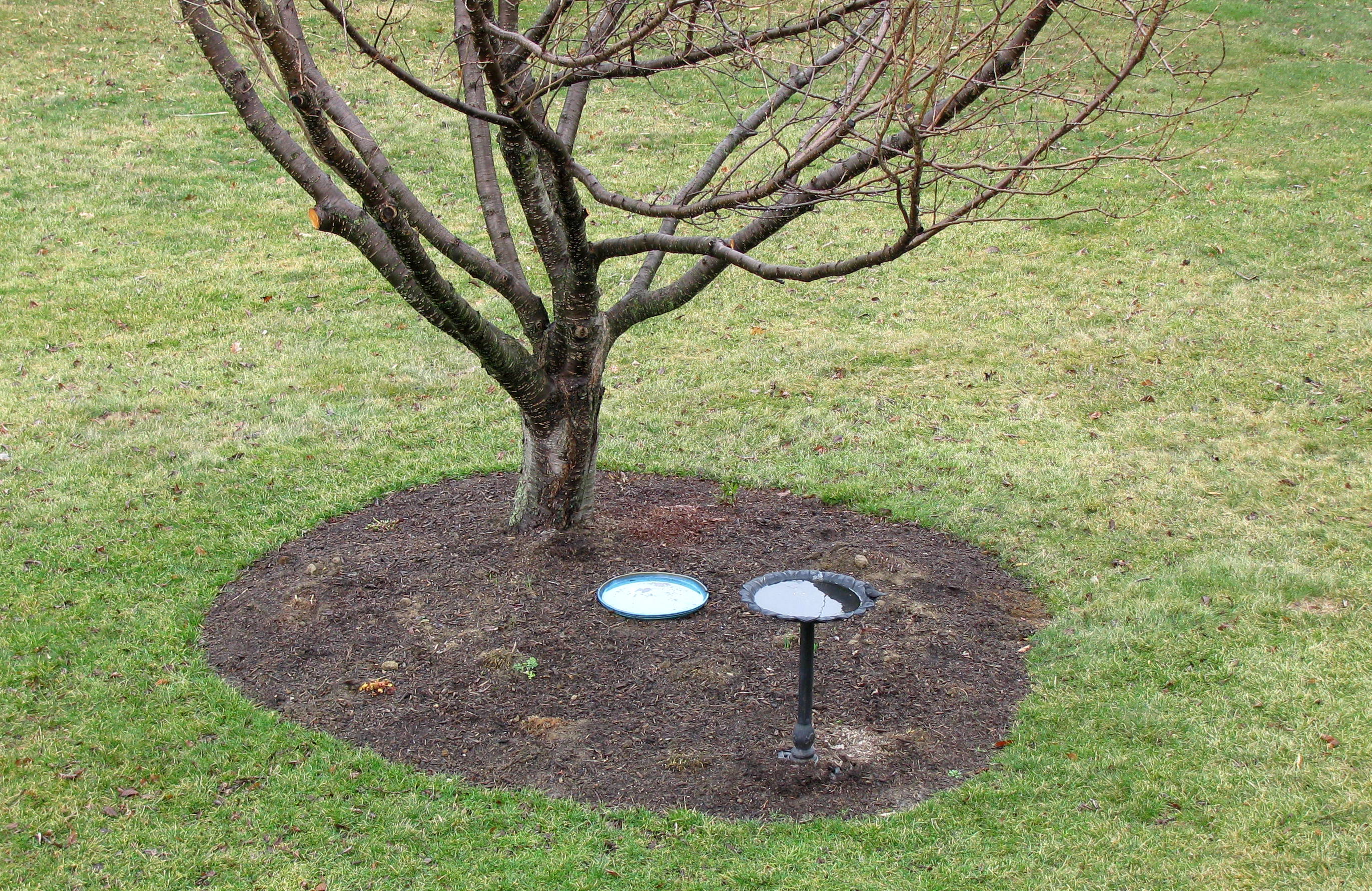